Allica Bank held its first ever hackathon. And it won’t be the last! 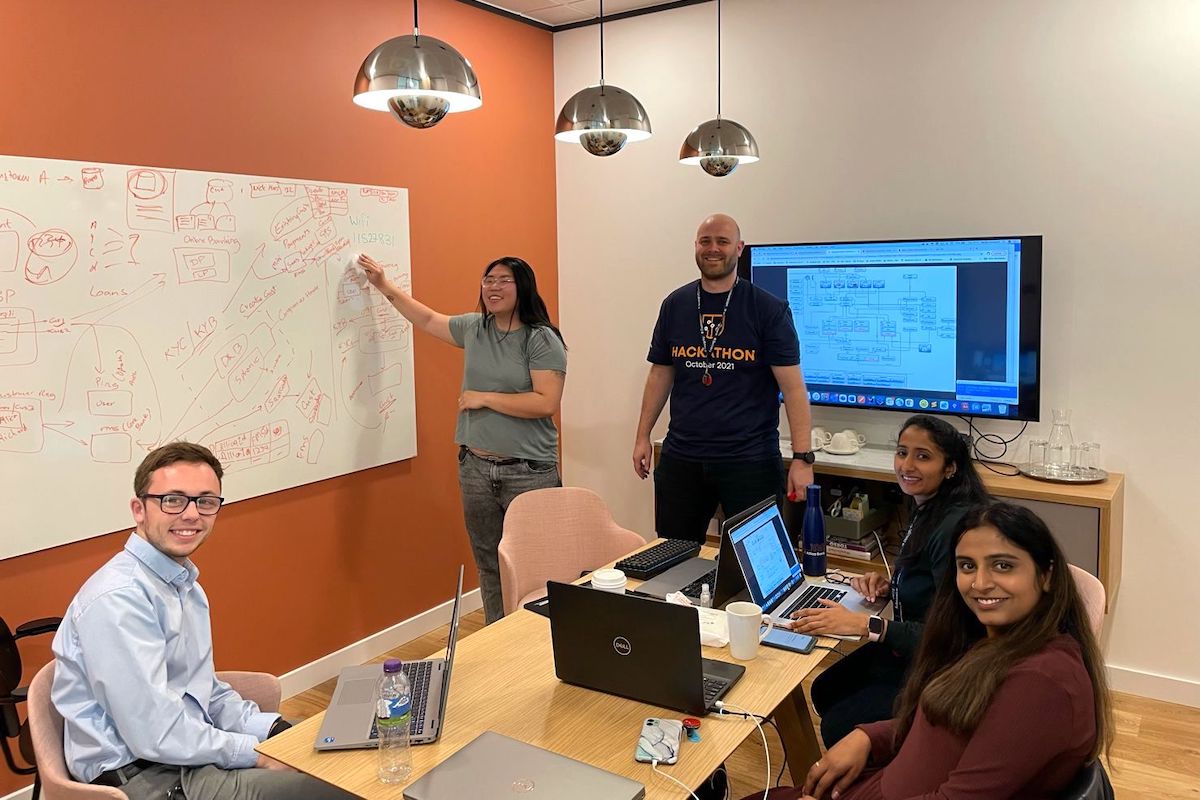 Put a bunch of coders, product managers and tech people in a room for two days, fuel them with pizza, and what do you get?

Talking about the event, Allica’s VP of Engineering, Ravneet Shah explained “It was a great team-building exercise for our engineering, product and data teams. A lot of new starters joined Allica during the pandemic and hadn’t yet had the opportunity to collaborate in this way. The hackathon brought us all together and gave us that chance to work on a common project.”

The two-day challenge was no easy feat. At the kick-off meeting, teams were tasked with addressing a customer platform issue that touched on multiple different areas in the business. It was the sort of problem that would ordinarily take tech teams weeks or even months to fix.

Across the next two days, they not only had to brainstorm the full scope of the problem, but then come up with a solution roadmap, analysis and design for one specific feature of that solution. Then, to cap it off, present architectural diagrams for it too!

In true Allica spirit, the teams hit it head on, focusing their combined smarts on the issue and coming up with working prototypes as well.

The most important part: team names

Before that, however, there was the all-important task of each of the five ‘squads’ choosing a team name. We’ll let you decide on whether they did a good job…*

(*Editor’s note: this is why they should have invited the content writers.)

Alex Tran, Data Engineer and captain of the Ingenious Troupe, explained the rationale behind their team name, “We went with the name because it’s a bit of a tongue twister, and it also shortens to ‘IT’!”

As the teams got down to business, it was quickly apparent that the collaborative nature of the event was going to yield new and innovative ideas. It gave the squads an opportunity to showcase their skills across the two days, and unearthed tangible initiatives that could be applied to real challenges the teams were facing in their work.

As Nick Moss, Head of Product, Asset Finance, described, “The hackathon provided me with an excellent opportunity to really focus on a future product roadblock for my team. Working with a blend of engineers was a refreshing way to listen to new views and solutions!”

It’s a style of working that’s strongly advocated at Allica and is not just limited to the two-day hackathon. Across the business, we work in cross-functional squads, focusing on the root problem and how we can collaborate to solve it. The goal is to empower individuals, giving them a sense of ownership, while avoiding work being siloed in different functions. 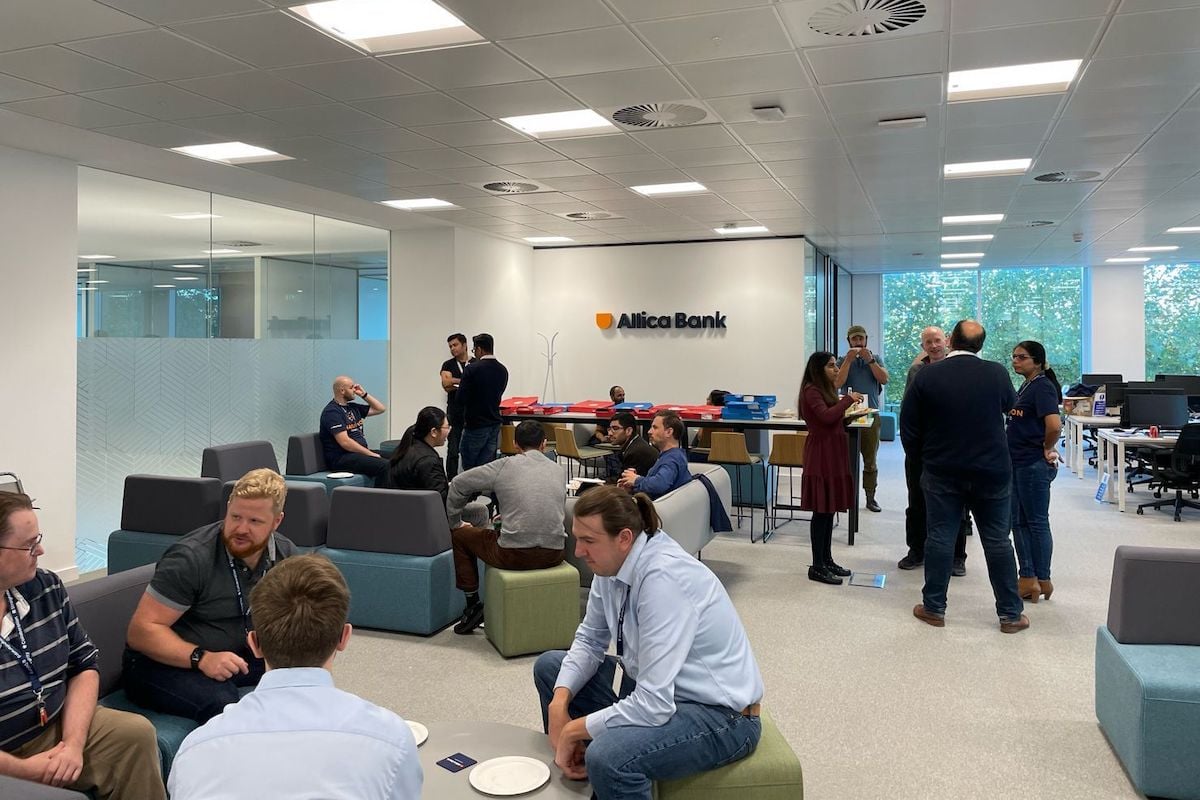 This combo of collaboration and innovation did not go unnoticed by the judges at the end of the two days, either. “It was great to see the energy, enthusiasm and collaboration across the teams working in the hackathon,” said Allica Bank’s CEO, Richard Davies, who was one of the judges of the event. “And equally great to see some simple, well-thought-through solutions put forward to key business problems! I really look forward to the next one.”

Not all about the tech

One of the biggest outcomes of the hackathon, though, was the team-building element and the relationships that were either forged or cemented from working so closely together. Not only did the event let everyone see and better understand the different working styles at play, but it also helped build cohesion among teams in a way that hadn’t been possible during the pandemic (for obvious reasons!).

And even those team members unable to join physically could take part. Some dialled in remotely from various corners of the globe. Pablo Moreno, a Lead Engineer at Allica who is based in Spain, explained that, “By using collaboration tools like Miro, participating remotely with the team on the hackathon was a breeze. The teams are used to working remotely and extending it to the hackathon felt natural. All teams had in-office and remote members and the results were great.”

For Ravneet, what stood out the most from the two days was seeing people collaborate in such unity, “What came to the fore was the like-mindedness of our people and how they all approached and understood the problem in the same analytical way. It’s not often you see that in a company and it’s testament to the unique culture we have at Allica.”

And as if this two-day marathon wasn’t enough, some eager team members have already been putting forward ideas for the next hackathon – watch this space!

Why not get a glimpse of what it was like to work at Allica during lockdown.

Then find out more about our tech team or open roles and careers.

Allica Bank commits to the Women in Finance Charter