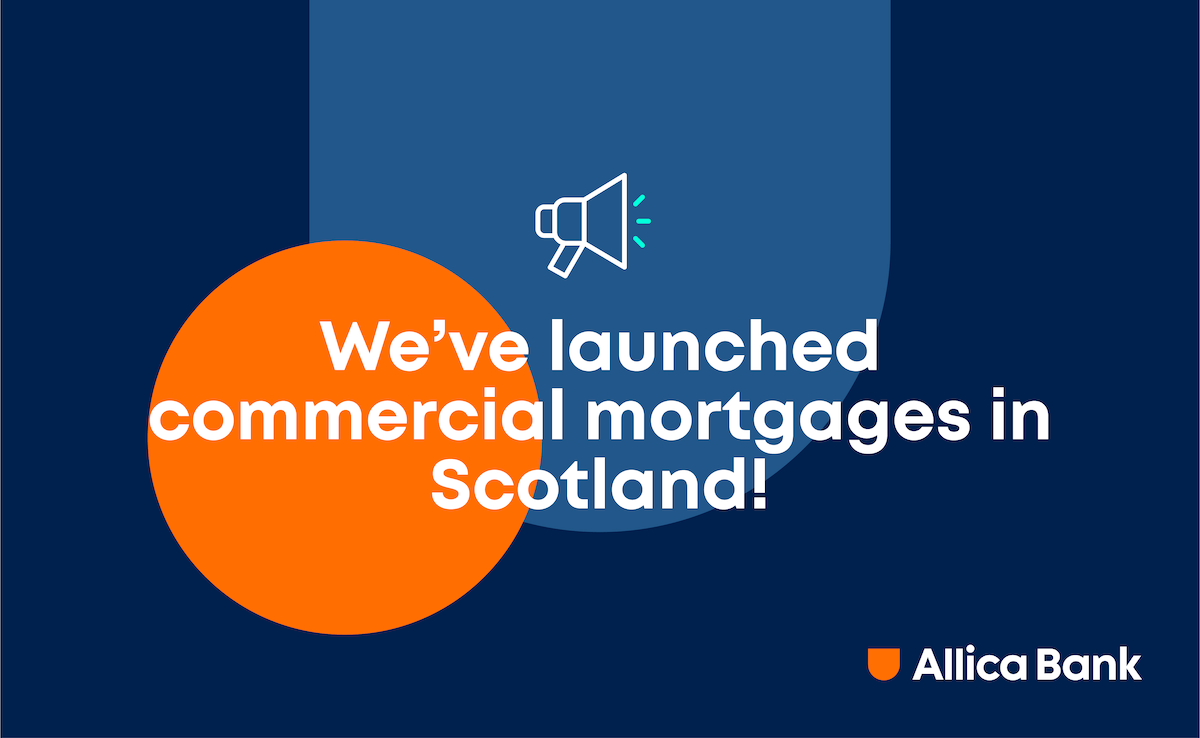 Allica Bank has reaffirmed its drive to help brokers and businesses access finance by extending its offer to provide qualifying commercial owner-occupied mortgages at a reduced interest margin of 3.5% into Q4.

The promotion is available for qualifying owner-occupied mortgages between £150,000 and £5 million, with a loan-to-value of up to a maximum of 60% and where debt service coverage ratio is more than 2.0x.

Nick Baker, Managing Director - Intermediaries at Allica Bank, says they have been extremely encouraged with the promotion’s popularity: “The disruption of the last 18 months has left many more traditional forms of lending, such as owner-occupied commercial mortgages, underserved by banks. Yet this type of finance is still critical for the growth of many businesses – especially those that are going to play a leading role in the UK’s recovery from the pandemic.

"We’ve seen brokers and their SME customers highly motivated by the opportunity to benefit from rates that tend to only be offered by high street banks, while also getting the dedicated and personal support of our expert lending team.*

“Launching in Scotland is an important next step in our roadmap, driven primarily by the feedback of our broker community that stressed the need for a bank in the country that put relationships first. I’m thrilled to be able to deliver on that request, and especially while we’re able to offer Scottish businesses and brokers this reduced rate.

Brokers can speak to their Business Development Manager to find out more, and a link to the terms and conditions can be found here.